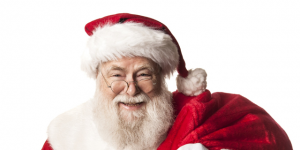 WADARC  –  Boldly  we lead so that others may follow.

Highlight of the week was the ‘on the radio’ meeting on wednesday 21st.

The preliminary via GB3WO was fair, the later 40 m was predictably covered with European stuff,  80m was better than 40 but the success story was 160………..

Fifteen, yes fifteen members found they really could get on to 160m if they made the effort. Signals were Q5 from almost everyone, including ‘Our Kenn’ in the wild west.

BTW  Where was Ron ?

THIS WEEKEND ON THE RADIO

Earth is about to enter a solar wind stream flowing from a large hole in the sun’s atmosphere.

Santa, be alert for Northern Lights!

Here is the Santa Claus info for those who are true believers.

Santa Claus’  call sign is OF9X /He has keen Elves helping on phone and Licensed Reindeer on CW.  His ops. can spring up with their funny red hats on all modes and frequencies. OF9X will always be the call  used but each

elf will give his personal ID / name  during the QSO  –

We are now planning for the traditional transmission with the Alexanderson 200 kW alternator on VLF 17.2 kHz on the morning of Christmas Eve, Thursday, December 24. The message transmission will take place at 08:00 UTC and the transmitter will be tuned up from around 07:30 UTC.

Since the plant is old, there is always the risk that the transmission will be cancelled with short notice. An updated information will be published on our website www.alexander.n.se.

There will be activity on Amateur Radio Frequencies with the call SK6SAQ.
Frequencies: – 7,035 CW or 14,035 CW

The radio station will be open to visitors.

After that is still the subject of some cogitation.

SENEGAL, 6W. Vlad, UA4WHX is currently QRV as 6W/UA4WHX/p from Carabane Island, IOTA AF-078. Activity of late has been on 17 meters using CW, SSB and other digital modes. His length of stay is unknown. QSL to home call.

SOUTH COOK ISLANDS, E5. Milan, OK1DWC is QRV as E51DWC from Rarotonga Island until early next year. Activity is on 160 to 10 meters using CW, SSB and RTTY. QSL to home call.

DOMINICAN REPUBLIC, HI. Ez, NK4DX is QRV as HI3AA until December 30. Activity is on 80 to 10 meters using only CW. QSL to home call.

CAYMAN ISLANDS, ZF. Jeff, K5WE is QRV as ZF2WE from Cayman Brac until December 30. Activity is on 160 to 10 meters using mostly CW with some RTTY. QSL to home call.

Truly, I can still do no better than direct you to the best site known to me… thus :-

The author of this bulletin is sometimes criticised for being “Details withheld” in various directories. He  takes the view that the less people know the less the harm they can do. The following item seems to vindicate this approach……

This information was published in the RSGB Yearbook 2017 and the 2017 Callseeker Plus CD and Flash Drive.

Ofcom has asked the RSGB to destroy all the unsold copies of the RSGB Yearbook 2017 and replace those that have already been issued with a corrected edition.
.…so that’s alright then ?  ……….

Here is a list of mistakes that most new radio hams make when they launch themselves into our hobby, but don’t worry, we all make mistakes.

New transceivers are packed full with many features and benefits, some benefit certain area’s and others just make life more complex, the majority of new hams buy a two metre transceiver either a mobile or handheld to get onto the local repeater. Problems start when you try to upload too many frequencies onto your handheld, after all there are usually just a couple of VHF repeaters in your vicinity and a number on UHF

Trying to load up with hundreds all around the land is a big mistake and will lead to confusion.

Access tones are often problematic to the newbie, C.T.C.S.S. tones were introduced many years ago to prevent operators unwittingly raising repeaters in other parts of the country during lift conditions.

Take your time and find out what your local repeater tone is. In this area of Sussex it is 88.5 Hz  C.T.C.S.S. adds a sub audible tone to your transmission to open the repeater and sometimes it is needed on receive. C.T.C.S.S. stands for Constant Tone Coded Squelch System.

Check through your radio manual and research how to set whichever  C.T.C.S.S. tone you need,  to quickly access your local network and allow you to engage in your first contacts.

Speak a couple of inches away from the microphone holding it sideways on to your mouth.

Don’t expect too much from a handheld transceiver, it  is designed as a pocket set and often arrive with a short rubber duck  helically wound stub, Checking these on sophisticated sweep generators has shown many to be less than ideal on two metres, due to the shortening involved.  430 megs. seems to be where most rubber duck aerials are optimised, however better, longer,  hand-held aerials are available to solve this problem.

Listening is of great benefit to the new radio Ham, one can learn a great deal by simply listening. Find out who the best HF operators in your area are,   [modesty forbids, GVB ]   take particular note of how they conduct themselves. Listening for local nets will also help your understanding, join in and make new friends and above all ask lots of questions and before long you will be making regular contacts and gaining confidence.

Remember : if you give your call sign at the end of an over, then utter it _last_

Note for Newbies…Those who revel in the warm glow of filaments and cathode heaters of valves  glowing in the gloaming are sometimes known as “Glowbugs” .

T’was the night before Christmas
And all through the shack
Not a heater was glowing
In all of the rack.

Sitting totally silent and quiet that night
The old HRO shedding nary a light.
The Johnson exciter and its homebrew final
Felt cold as leftovers, or seat-cover vinyl,

I drowsed at my workbench feeling tired and weary,
The print in the Handbook looked fuzzy and smeary.
I thought, “I’ll make coffee”, and groaned to my feet
When I heard a loud clatter outside in the street.

What the–? I wondered and turned on the lights
And there I beheld a wondrous sight:
A battered old van heaped high with components
And a grizzled old ham with a bagful of doughnuts.

I noted his callsign– can’t recall it today–
But a patch on the side read “FMLA”.
I opened the door and hollered “Come in!
The coffee pot’s heating,  we’ll sit down and chin!”

He spoke not a word but whistled in Morse
A “GE OM”, and “By golly, I’m hoarse.
Too many contacts, and hot resin smoke.”
I nodded and poured him a mug of jamoke.

“For the regennie crowd, 201s by the score
And good ol’ type 30s and 19s galore.
I haven’t neglected the passive-parts run
There’s lots of good iron by old Thordarson.”

I nodded and smiled, suppressing a chortle
As he reached in his pack for a 304TL.
He whistled, “I’m leaving, the coffee was great,
But I’m overdue in the neighboring state.”

“Keep everyone building the rigs of their choosing
Or we’ll lose the bands that we’re lazy in using.
Transistors or tubes– any project is fine–
Just keep on constructing and sharing on line.”

He leaped to his feet and waved a gloved hand
As he sprang for the door and his rusty old van.
I heard him exclaim as he drove off from me………….
……….”Merry Christmas, you Glowbugs, best 73!”